When Donald was 72, he visited his doctor. His wife and children had admonished him to go or make an appointment for quite some time. They were concerned something was seriously wrong. No one wanted to say at the time, but the word Alzheimer’s kept coming up in hushed conversations amongst themselves. 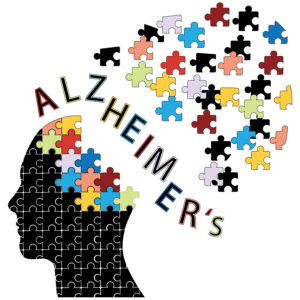 They noticed the signs and symptoms of this disease. The memory loss, confusion, and sometimes the frustration. Donald was using the wrong words at times without even noticing. They knew something was different.

When he was diagnosed with Alzheimer’s, even though that was the concern of most of his loved ones, it was still a shock. It took a while for Donald and his family to adjust to this new reality in life.

One thing that kept coming up, though, especially from Donald, was his desire to remain home for the rest of his life.

Neither his wife nor children knew if that was truly possible.

They said yes and went along with his wishes, but in private conversations, they all doubted it would be possible. At the time, he was still tending to most of his basic needs.

His wife would remind him about certain things, his children would be patient and recount conversations or repeat things to him over and over again when needed, but they knew this was a progressive disease.

They all knew things were going to change and become much more difficult.

None of them were prepared for the physical challenges.

The thought of Alzheimer’s as a mental disease. A disease that affects the brain and not any other part of the body. However, as the brain begins to go, so too does physical ability.

He was having difficulty with his balance. He was forgetting things on the stove. He was being more neglectful of various aspects of his life that used to be commonplace.

Safety is a serious concern for a senior with Alzheimer’s and proper care is essential. That’s what Donald’s family came to realize.

Instead of moving into a facility, which is what they first thought about, his wishes continued to play in the back of their mind. That’s when they looked to elder care.

Assisted living, especially memory care assisted living is a great option for those with Alzheimer’s. Elder care can also be a wonderful asset.

Just make sure if there is a senior in your life like Donald they pay attention to safety, even if you think what they’re dealing with only mental challenges.

If you or an aging loved one are considering Elder Care Services in Visalia CA, please contact the caring staff at Everlight Home Care today. Call us at 559-353-2847. 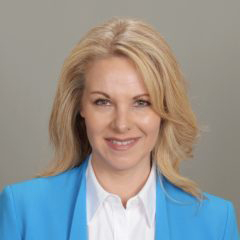 Gina Kendall
Gina Kendall has over 25 years of work experience serving the aging and the disabled. Her extensive experience in care and management began as a Social Services Coordinator in skilled nursing facilities. While working in this capacity, she became aware of the need for, and the importance of, good, quality, home care. Gina worked with families to keep their loved ones home and avoid a return visit to the hospital. As she continued her career of service, she began working with the disabled population helping to expand and improve their independence throughout all aspects of life.

This combination of experiences has afforded Gina a unique view of the needs of the aging and the disabled and how to best serve those needs in a home setting.

Gina’s Central Valley roots run deep. She earned her BA degree from Fresno State in 1993 and has lived and worked in Fresno for the past 20 years. In addition to raising her family in Fresno, she is actively involved in her local church and is a volunteer for various local community organizations.